Competition for a land development project in Poznań

Wolne Tory should not be just the transfer of railway sidings for any construction.

IMPLEMENTATION MEASURES
– radically remove railway tracks, i.e. an obstacle to the management of urban space – by sinking them into a tunnel,
– introduce a rectangular network of new streets, simple in construction, proven in many cities and facilitating investment, staging and use,
– assuming a mixing of functions (e.g. housing and basic services, business and hotels), separate zones with a predominance of the main function: residential buildings of varying intensity, services of different specialization, greenery, etc. as shown in the figure,
– mainly pedestrian traffic inside the compact zones, also bicycle traffic between the zones,
– put emphasis on public transport, especially rail (including the tram connecting the Łazarski, Nowy / Centralny and Wildecki markets), and bringing the fast tram closer to residential buildings,
– balance the parking demand before introducing a possible ban on passenger / private cars,
– introduce the principle of energy efficiency (from the selection of building materials to the widespread and obligatory use of green roofs and a closed “gray water” cycle),
– introduce the rule: public space = green space,
– introduce the principle of large-space composition, including the construction of a sequence of urban interiors, the designation of the location of dominants and special signs, outlining the impassable boundaries of zones, determining the impassable heights of buildings, where their height is subordinated to the “conch concept” tilted towards the south, and finally recognizing the greenery as urban material equivalent to buildings,
– introduce the principle of architectural diversity with urban rigor,
e.g. architectural competitions for individual blocks, a multitude of investors,
– expand the railway station as the central point of Wolne Tory, including the construction of a new floor between the existing station and lowered platforms. 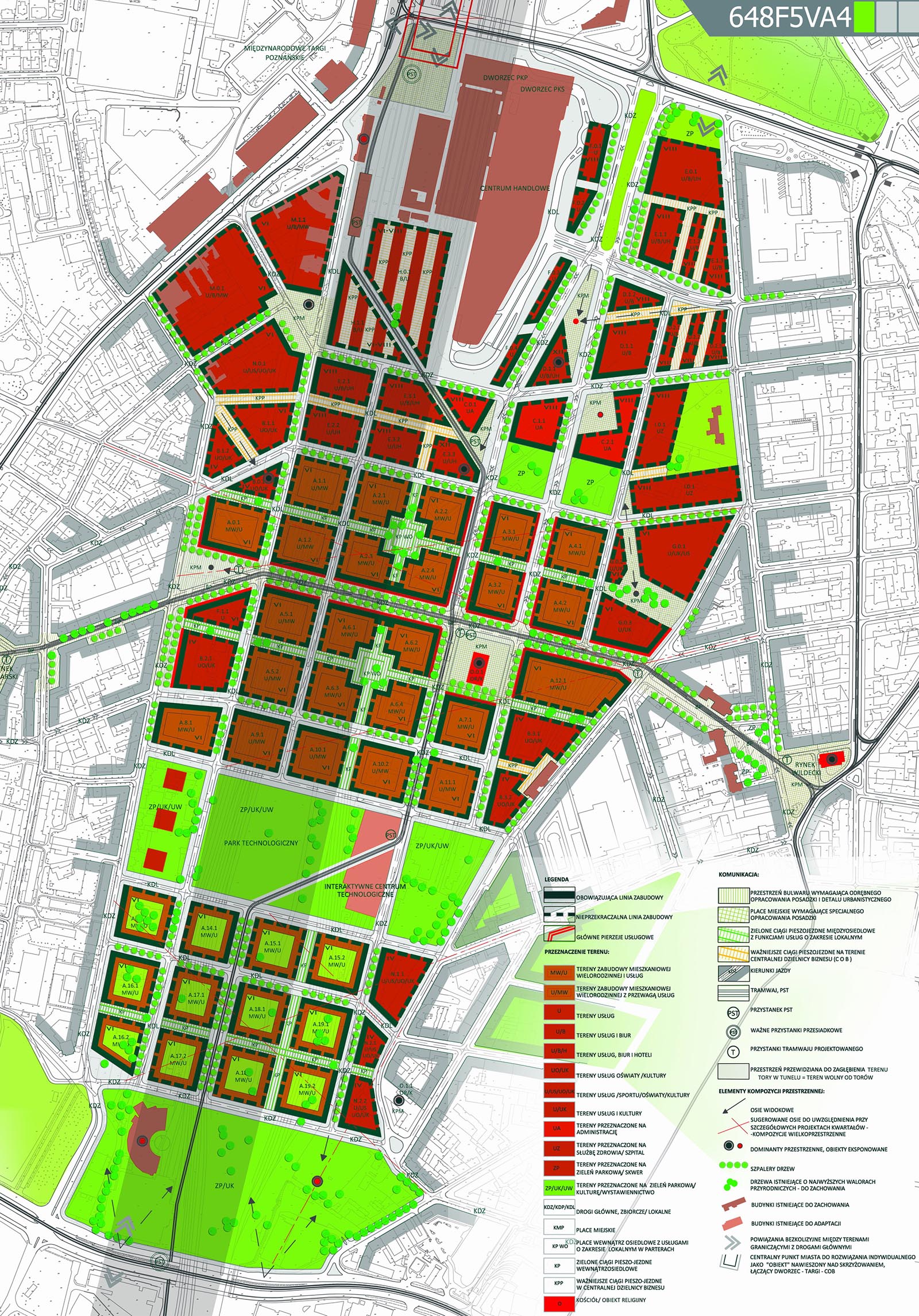 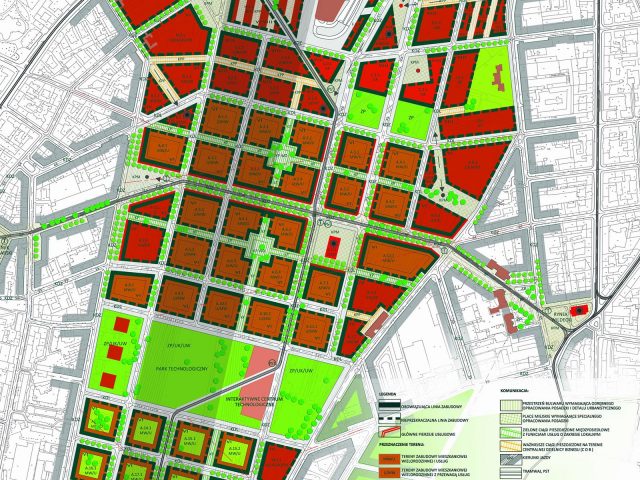 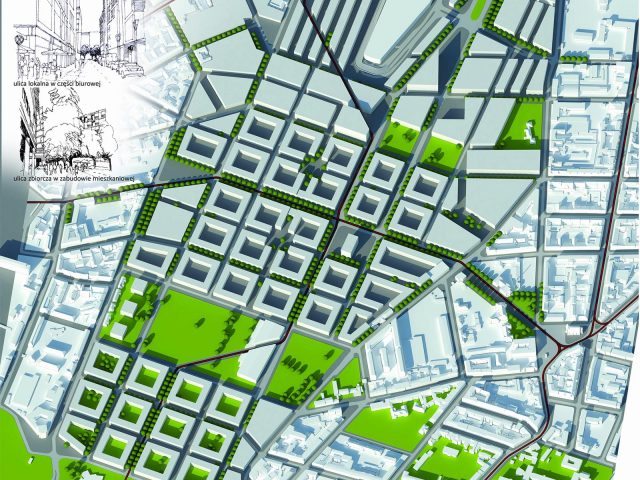 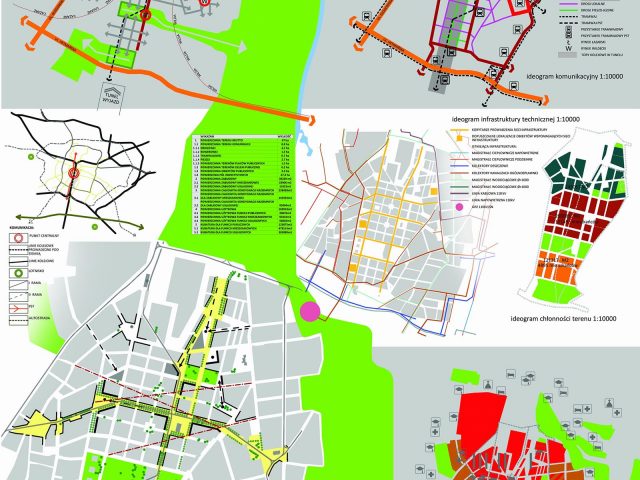